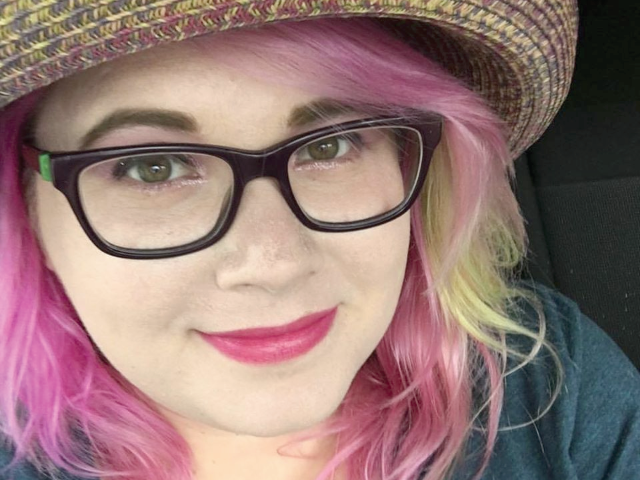 I’ve been interviewed by Delaware Fun-A-Day about my 6 years of participation!

We like to know how people are connected to Delaware –  are you a resident, born and raised?

I was born in West Chester, PA on 707 Meredith Street (where my parents lived at the time). They SWEAR I wasn’t named after that street *eye roll* but I actually think that’s pretty cool. My folks split up pretty early on and my Dad, older sister Cait, and I moved into a house in Delaware City when I was about 4 years old. We had a chunk of family already established there, my late great-grandmother Ruth White who owned Dragon Run Antiques, my late Aunt Krissy (who later opened and owned the ice cream shoppe that’s there now), and my late Aunt Trina and her daughters. It wasn’t long after that my dad remarried and we moved to Middletown where I went to school 3rd-11th grade. I moved to Maryland when I was 16 and graduated from Rising Sun HS. Although I’ve been in Cecil County ever since, Delaware still very much has an emotional hold on me because of childhood memories and family ties, so I still consider myself a Delawarean.

This will be your SIXTH year participating! Did you have a favorite project from your past Delaware Fun-A-Days? Any Artists you are hoping to see participate again?

I have thoroughly enjoyed each project I’ve completed for different reasons so it’s really hard to choose a favorite! But since I have to choose, then I will say that my first project completed for the first-ever Delaware Fun-A-Day was my favorite, and is actually one I hope to revisit. That project was called Beard-A-Day, and it was a photo exploration of my boyfriend Brandon’s beard. Each day we dressed and staged him as a different bearded character (for example, a Sea Captain, a Leprechaun, a Fisherman, a Lumberjack, etc) and took a photo of him. I see a Revenge of the Beard collection coming in the future where we’ll be exploring yet more bearded characters!

As for other participating artists I hope to see again, that is a tough decision because I’ve seen a TON of awesome talent over the years. Aside from my own family and friends who participate regularly and always do fantastic work (to name a few: Caitlin Fox, Evelyn Fox, Brandon Boas, Sam Chamberlain, Melanie McKay, and Heather Mackey a.k.a Hellien Art) there are two folks in particular who are still so vivid in my mind from just this past year. The first is Sheila Sunshine who did a collection of mainly color-pencil illustrations that were so cute. She blended together these subtle changes in color by using the texture of the paper, and I love looking at her art. Truthfully I’ve known Sheila a very long time (14 years!) and I’ve seen her work with paint and digital art and she never fails to impress no matter what the medium is, so I always love to see more. The second artist is Erin Erskine whose Ultra Violet collection, as a whole, entranced me. To focus on a color palette the way that she did, I thought was absolutely fantastic, and I would love to see more. I wonder if this year she will do a similar project but with a new color – I can’t wait to find out!

There are many other talented artists I know who I believe SHOULD jump in on DE-Fun-A-Day if they can find the time: Sharon Brubaker, Val Walton, Jason Cambria, Laura Marziano, and Mary Targonski. I’d love to see work by these folks.

Meredith is the Creative Director of Grunge Muffin Designs, as well as an award-winning graphic artist and illustrator. Her focus is on branding and graphic design, arts advocacy, and community engagement through the arts. Meredith has a bachelor's degree in Integrated Arts, and four associate degrees in related studies.